Downtown Los Angeles is a very beautiful place. The buildings and the history are amazing. This year I began to take an interest in photography and Los Angeles was my subject. I began to walk all around Downtown Los Angeles to take pictures and began to notice that LA drastically changes from one block to the next. It was such a quick and drastic change, it hardly blended. I was completely amazed in the way that gentrification has segregated the city. I noticed that in a single block the scenery changed completely. I was completely amazed in the way that Los Angeles can be so beautiful yet have many problems at the same time.

One of the places where I saw this change more evidently was on San Pedro Street between 1st and 4th Street. As I moved further south the trash on the streets increased, as well as the number of homeless people. It is astonishing to see the way that in one block there were new apartment buildings and the next it is tents and trash. It baffles me that there can be a new apartment complex in one block and the next there are many people living in the streets. I was completely astonished to learn that Skid Row is the largest homeless community in the country with a 50 block radius. Something must be done.

We can not allow this to continue. These people need our help. In most cases, the cheaper option is to provide the homeless with a home with round the clock medical help. If it is cheaper to provide them with what they need then why do we instead continue to force them out of the city. Why do we continue to shun them instead of helping them get back on their feet?

Gentrification of our cities has caused people to be moved out of their homes and can completely ruin lives. I know friends who had to move from their homes due to an increase in rent where they used to live. Gentrification is also not only an economic issue but a social one as well. It caused separation amongst people who can afford the increase in rent and those who can’t. Most times when a neighborhood is gentrified those who used to live there no longer feel welcomed and instead feel like outsiders. 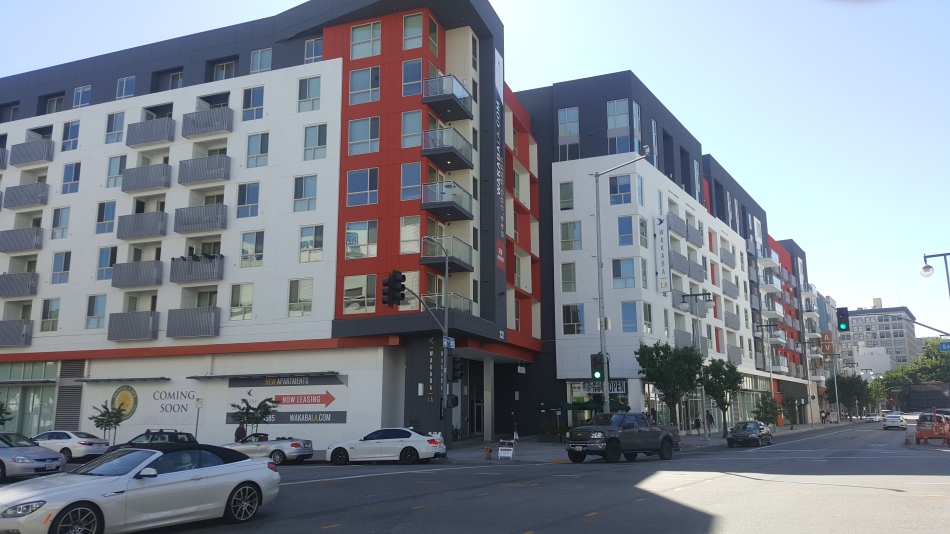 Los Angeles is a beautiful city with its culture and history. However, why do we restrict its beauty to only the streets north of 4th St? I have always felt that LA is a wonderful city and as I have become aware that there are two sides of LA I now fear that it is not what I once thought it was. But that can change. LA can become that city I once thought it was. It can become a city where everyone has the help they need. A welcoming place where everyone, regardless of wealth or race can work together and live together. All we need to do is become aware of the problems that exist in our city and change the idea that people must help themselves. These are our fellow Angelenos and we can not stand by as they suffer. Los Angeles can become the great city that it was meant to be.